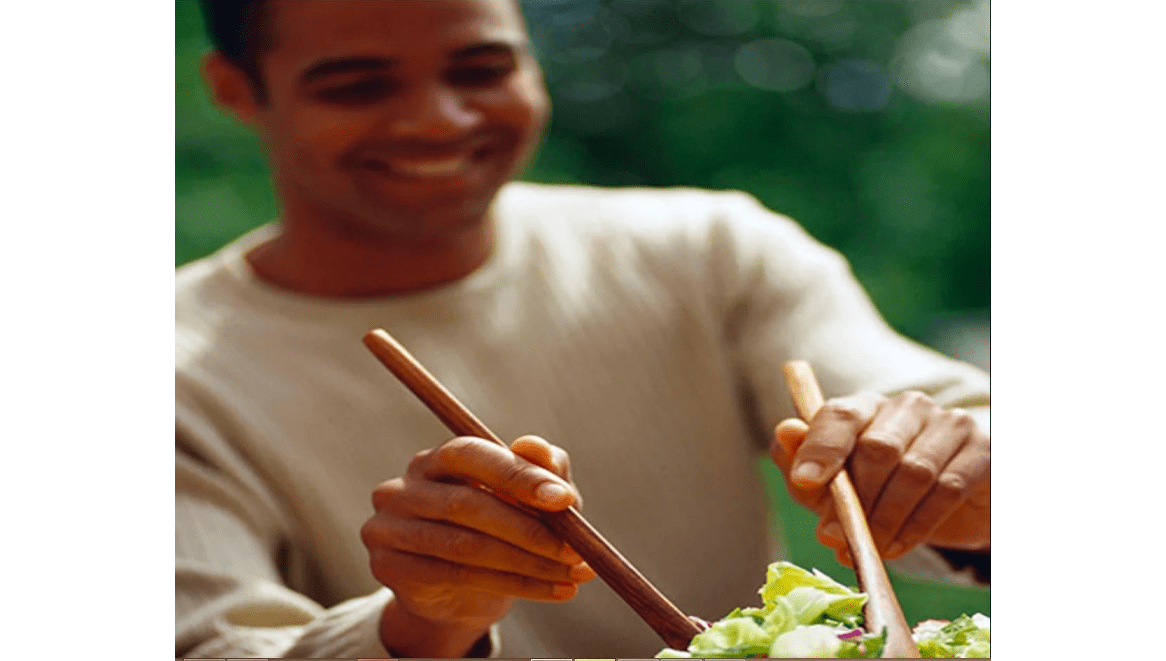 The relative lack of saturated fat in these diets might be a major reason why.

The Mediterranean diet is "known for its lower consumption of saturated fats," said Dr. Phillip Vigneri, a prostate cancer specialist unconnected to the new study. He heads the department of radiation medicine at Staten Island University Hospital in New York City.

For example, "it has been known for some time that while Japan has a similar incidence of prostate cancer, it has a lower metastatic rate and mortality," Vigneri pointed out. And while it's not possible to prove clear cause and effect, "this difference is usually attributed to a [Japanese] diet that is lower in fat," he said.

The new study involved 410 prostate cancer patients and was led by Dr. Justin Gregg, assistant professor of urology at the University of Texas MD Anderson Cancer Center, in Houston. Because most prostate cancer cases are low-risk and have favorable outcomes, many men do not need immediate treatment and opt for "active surveillance." That was the case for the participants in this study.

The Houston team found that those who stuck to meals rich in fruits, vegetables, legumes, cereals and fish -- hallmarks of a Mediterranean diet -- had a much lower risk of their prostate cancer growing or advancing to a point where active treatment might be needed.

After a median three years of follow-up, 76 men in the study saw their cancer progress. But for every one-point increase in an individual patient's "Mediterranean diet score," the researchers found a 10% lower risk for tumor progression.

"A Mediterranean diet is non-invasive, good for overall health and, as shown by this study, has the potential to effect the progression of their cancer," Gregg said in an MD Anderson news release. He described the regimen a "diet rich in plant foods, fish and a healthy balance of monounsaturated fats."

The research also found that the effect of a Mediterranean diet was more pronounced in Black men. That's significant, because the rate of prostate cancer is more than 50% higher in Black Americans compared to whites, and outcomes for Black men are typically more dire.

According to Vigneri, low-fat diets may impede cancer at a cellular level.

"Laboratory studies have shown that saturated fats in the petri dish facilitate invasion and migration of cancer cells," Vigneri said.

Dr. Elizabeth Kavaler is a urology specialist at Lenox Hill Hospital in New York City. Reading over the new findings, she said they support the notion that nutritious food helps keep us healthy and supports our immune system's ability to function.

"A healthy diet with plant-based foods will help us live longer," Kavaler believes. "For men with low-grade, low-stage prostate cancer, adhering to a Mediterranean-style diet can mean life or death," she said.

"The Mediterranean diet consistently has been linked to lower risk of cancer, cardiovascular disease and mortality," said Daniel-MacDougall, associate professor of epidemiology at MD Anderson. "This study in men with early-stage prostate cancer gets us another step closer to providing evidence-based dietary recommendations to optimize outcomes in cancer patients, who along with their families, have many questions in this area."

The report was published online Jan. 7 in the journal Cancer.

For more on prostate cancer, head to the American Cancer Society.

Office Hours
Get in touch